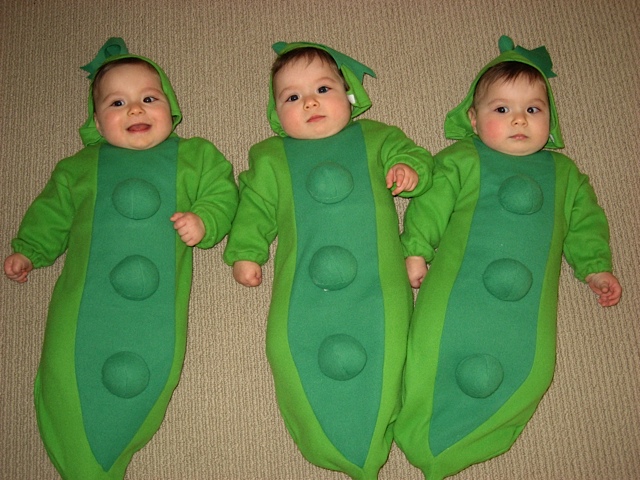 What a thrill to hear that our son and his wife were pregnant with our first grandchild! It was such exciting news to share and everyone reacted with joy and sincere congratulations. So, six weeks later, when my son called to tell me that the OBGYN had “some concerns”, my husband and I were outwardly calm, but our insides were a jumble of nerves.

Later that day, my son called and asked me where I was. I thought that was a strange question considering the fact that I had been waiting to hear what the doctor had to say. I told him I was on my way home from work and was crossing through a park. “Is there a place to sit down?” he asked? I stopped mid-stride and stood there frozen. “Ok, I’m sitting,” I lied. He then quickly told me that the doctor had heard more than one heartbeat. For a moment I felt relieved. “Great Scotty,” I said. “You always wanted twins!” But he quickly told me that twins would be easy. “There are three heartbeats, mom. Liza and I are going to have triplets. They are all in one sac. They will be identical!”

I could tell he was trying to keep it together and mask the panic, so I immediately went into “automatic-pilot mom-mode”. I was calm and reassuring and I pretended to be so excited about this overwhelming news. When we hung up, I was hyperventilating as I called my husband to ask where he was…and was he sitting? (We must all think that people really faint when they hear tough news!)

Maybe this multiple birth was an “act of God” and they would face whatever they needed to.  How could they go from no kids, to three? Ok…two…you have two parents…you have two “laps…you have two arms…but three? It seemed physically impossible.

And from our friends, we heard reactions like, “Oh my! How overwhelming!” “They can’t possibly afford that many kids at once.” “What if they are all girls?” “How will they ever afford college?” and of course the worst one, “Do you have any idea how many things can go wrong in a multiple pregnancy?” Some tried to make jokes, but in truth, there wasn’t much to laugh about. Our initial excitement about being grandparents, quickly turned to a sort of “dread” of the future. Although I am usually good at seeing the positive in all aspects of life, this onslaught of grandchildren and all the probable problems they would bring with them, had us depressed instead of excited!

Liza’s pregnancy continued to go well. In the fifth month we found out they were all girls.  Liza had been a camp counselor for 13 years, so she was excited about having her own little cabin.  Our son, who is in sports marketing, wasn’t sure what to do with this news, but found happiness in Liza’s excitement.  He would get his testosterone from his “boys”…his pro-baseball players!  And now, of course, everyone had new comments for Scott.  He put on a brave face, but it was not easy.

Each report in a multiple pregnancy has a “sign post”, something they were looking for.  Mostly it was the size of each of the triplets and how were they growing. I have to say it was incredible to view the ultra-sound.  The babies were now labeled “A” – lower left, “B”- lower right and “C”- sort of wedged under Liza’s breasts, sideways across the other girls.  There wasn’t much room to move, but they all did and Liza was definitely feeling their little kicks.  At some point “A” punched “B” and she would have a black eye.

Scott and Liza lived in a house with stairs, so at the end of the 5th month they moved into our apartment guest room.  It made sense since it was across the street from the hospital.  Liza was still working and it made her office more accessible too.  And they brought their dog…it was a little crowded in our two bedroom place, but we all wanted it to work, so somehow it did. 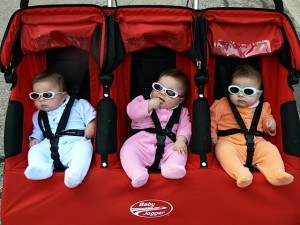 Liza got bigger and bigger and finally had to work from home.  She would lie on her side with the computer in bed and we would coax her to the table for meals.  If we had to go to work, someone in the building would be “on-call” and could help her.  We had people checking in during the day.  One day the remote from the TV fell on the ground and it put on a SPANISH speaking station, but Liza could not get out of bed on her own to reach it, so it remained til my husband got home.  She didn’t want to bother someone with a TV emergency!

There was false labor three times in the 35th and 36th week.  Although she had a date for a C-SECTION in her 37th week, we kept thinking they were going to come on their own.  Each time we went to the hospital…and it was generally late at night, and each time they sent us home.  The last time I said, “isn’t it enough already…they are so close to their end-game…couldn’t they just take the girls?”  And one of the nurses kindly asked me “where did you get your medical training?”…and I knew I was not going to influence their decision.

And of course they were right.  On the night before the girls were born, we had a “coming-out” dinner.  We measured Liza’s stomach.  She was 49” around…52” from top to bottom.  It was an amazing amount of girth to carry around and Liza is not a big girl!  On March 29th 2006, we drove Liza the ½ block to the hospital and took pictures of her as she entered.  We went home and came back when Scott called to say they were ready.  20 people were in the delivery room…5 nurses for each baby, the doctor, the anesthesiologist, some nurses for Liza and some of the staff from the high-risk pregnancy unit.  There had never been identical triplets born in the hospital.  It was a 1 in more than a million chance.

The girls were born 1 minute apart…A – 4:00 (weighing 5.7), B – 4:01 (weighing 5.6) and C -4:02 (weighing 5.1).  Scott came into the waiting room and announced the birth of DYLAN (A), ZOEY (B) and CAMERON (C) and that they were all so big and healthy.  Their APGAR scores were all 9 out of 10…amazing for a single baby, but their size and scores were unheard of for multiples.  I guess the nurses had been very right to send Liza home til the babies were ready.  We all cried with momentary relief that they were all here and healthy!  What an amazing blessing.

And then we held the babies and marveled that we didn’t know where to look first.  Indeed, they looked identical…except for their little hats with their initials on them.  How would we ever tell them apart?  For now, thank goodness, they had little ankle bracelets.  What a thrill to see them being held by my parents, their great-grandparents.  Who could have imagined this sight?  Scott and Liza were beaming and hugging each other.  We were lost in the celebration of the three new lives.

And then we found out, that they would be coming home in a few days!  No need for the NIC-unit.   Somehow we all thought it would be at least a few weeks to get ready and adjusted and settled…but no, it was going to happen quickly!

Next up – bringing them home: chaos and military precision all at once!

*Arlene Michlin Bronstein is the author of a number of cookbooks, including Carlos: Contemporary French Cuisine.  She wrote the book My Word is My Bond, using interviews of 21 traders from the Chicago Board of Trade.  Using that material, she was the Executive Producer of a documentary by that same name for PBS. Her first children’s book, How Did Nonnie Get to Heaven will be published Spring, 2013. Arlene has been married for 42 years.  She and her husband Keith have 3 children and 4 grandchildren. 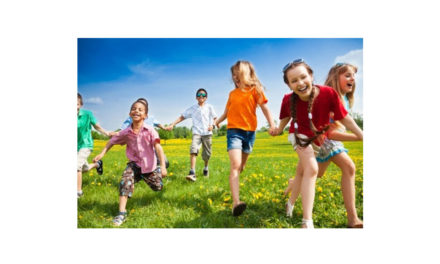 How to Raise an Optimistic Human in a Pessimistic World 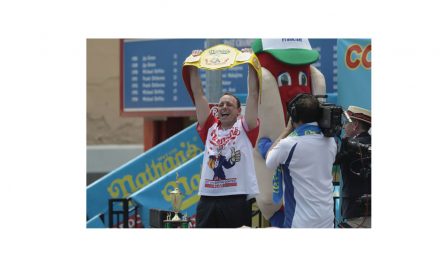 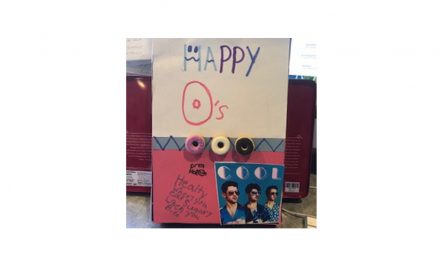 Create Your Very Own Cereal 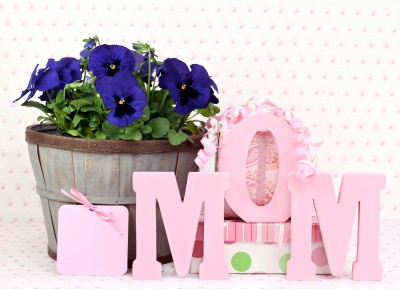