‘Part Two’ of our Exclusive Interview

Thank you for joining us for the second half of our interview with Henry Winkler. Read on as Henry adds sunshine to our lives, and speaks to us about the children’s books he has co-written with Lin Oliver… the critically acclaimed Hank Zipzer series. “Inspired by the true life experiences of Henry Winkler, whose undiagnosed dyslexia made him a classic childhood underachiever, the Hank Zipzer series is about the high-spirited and funny adventures of a boy with learning differences.”* 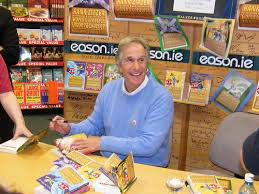 GPL: We know you are especially proud of your collection of Hank Zipzer books. Do your grandchildren know you are an author?

Henry: My two oldest grandchildren are very aware of the books that I write. I have gone to their classes and have been the guest reader. They are so proud… and their friends laugh at the material. I don’t even know how to express that in language. That is bigger than I am. My grandson and his dad read them at night. It’s their chapter book before he goes to bed. Oh my gosh. It’s just heaven on earth.

GPL: That has to be so gratifying.

Henry: My partner Lin Oliver and I have the greatest time going to schools and talking to children. We have a PowerPoint, and it’s really rewarding. It may be one of the best things I do in my life outside of my family. I love that I get to act. I dreamt of it since I was seven, but I had no idea I would ever write a book, number one. And number two, that they would lead me down this incredible adventure.

GPL: Please tell us a little bit more about these books.

Henry: Hank Zipzer and Here’s Hank are primarily comedy series. They are the adventures of a little boy whose glass is half full… he just spills it everywhere. Hank wants to do well in school, but he just can’t figure it out because of his learning challenges. In our newest Here’s Hank novel “Always Watch Out For Flying Potato Salad,” he goes to spend the day at his mom’s deli for “go to work with your parent day.” He drops the pastrami that he’s going to put on a sandwich for one of his classmates sitting in a booth, and he thinks, “Oh my God. What am I going to do? I better wash it.” He can either use the soap that smells like roses, or there’s another little canister that says, “Coconut.” He thinks, “Well, you can eat coconut.” As the classmate takes a bite of the pastrami sandwich, Hank watches in horror as a tiny bubble floats out of the kid’s mouth.

GPL: And it’s a television series too?

Henry:  It’s been a hit on the BBC for four years. I go over there and I act in the show as one of the characters, one of the teachers that we’ve written in the book, who was my real music teacher, who really supported me when everybody else told me that I was stupid and would never achieve.

GPL: And, look where  you are now — busier than ever. You have the return of your series Better Late Than Never, plus a show with Bill Hader, and MacGyver is back. You haven’t stopped for a second, so what has been your biggest challenge as you’ve gotten older?

Henry: One is my weight. I’m obsessed with my weight. I used to look like a pear, and now I look like mixed fruit. The other is just the fear of not being relevant. I don’t mean famous. I mean just being a doer – that I have some place and some thing and someone to do for – because if you don’t have that, you literally will become the raisin you leave behind in your cereal bowl.  And, my knees.  A lot of me is young, but my knees have revolted. There’s a rebellion going on in the middle of my legs. But really, the most important thing a human being can do is to stay relevant, in whatever way you find.

GPL:  Thank you Henry. It has been a pleasure to speak with you. Any parting words to our readers?

Henry: Take a moment to be in the moment — to watch your grandchild. Don’t miss it. All you have to do as a grandparent is to be there, see, and listen, and then the entire world of grandchildren drumming on your heart will be accessible to you.

The Art of Saying “NO” 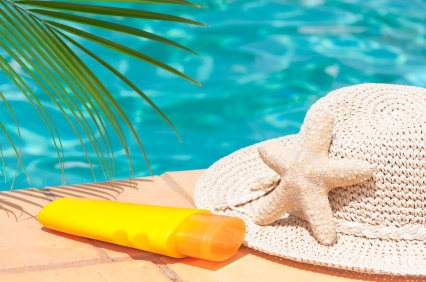 The Sun and You!

Easy Steps To Update Your Home This Season