Her Golden Gate One Granddaughter’s Story About Love & Loss 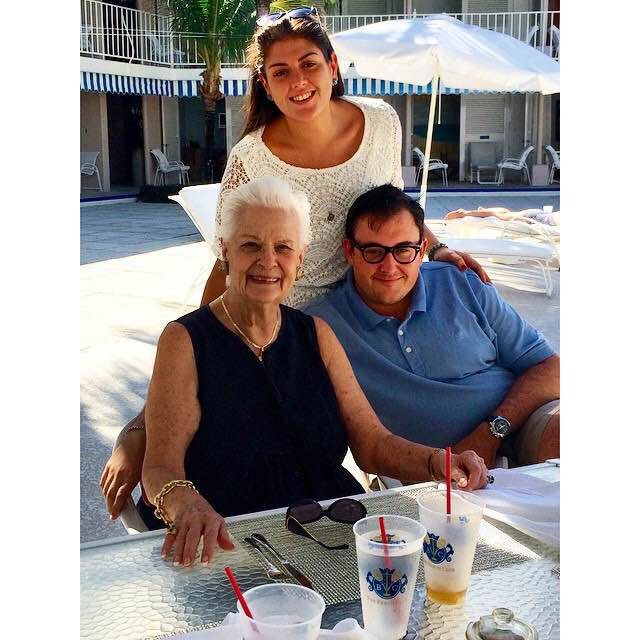 In honor of Grandparents Day, September 9th, I want to share my story and experience about my Gram, and her impact on my life.

I was once told that some people find comfort in the days following a death by looking at or even carrying around pictures of their loved one. A special toy or memento associated with the deceased can also be comforting. I have seen loss in my early adult life. Too much actually — young adults who have lost their lives to natural disasters, car accidents, and even drug overdose. So why does it hurt so much to grasp that someone who lived 94 years on this earth is gone?   Because it was my grandmother; that’s why – a friend, foe, best buddy and more. She was my everything, my Gram.  The fact that it was my first death within my family is what struck so hard. Yes, I know death is inevitable, but what comes as a result of a passing, has led me to share my thoughts.

As some of you may have read in a previously posted article (https://www.grandparentslink.com/in-honor-of-grandparents-day/), my grandmother was VERY important to me. As the youngest of four grandchildren and growing up only knowing my one Grandmother, I was quickly left broken hearted when she passed away this past Spring. Yes, Gram had lived a beautiful long life (94 years to be exact) that was spent in the sunshine close to family and friends. Yes, she was healthy right up until the end. Yes, she was able to support herself and live her life at her own home (with the help of nurses and my mom!). But, none of that prepared ME for what life would be like once she was gone. 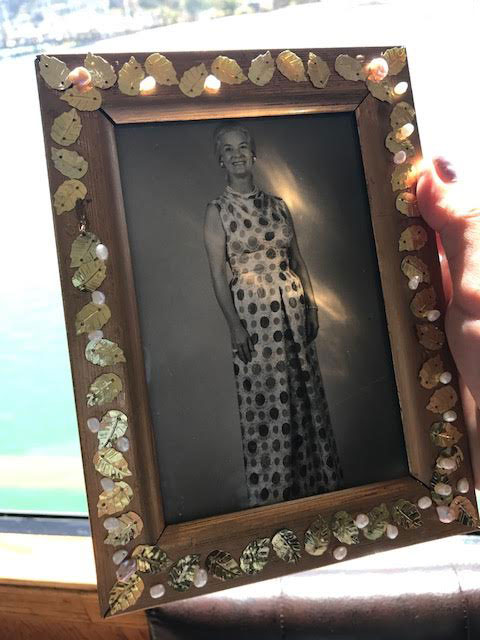 My gram, Ione Marston, was a classy lady from the state of Washington, who lived her adult life between New York and Florida. During her retired years, she very much enjoyed visiting her son, my uncle Blaine, on the West coast in San Francisco. Since she was a West coast girl at heart, it always seemed like she was the happiest when visiting San Francisco. Before her passing, she had discussions with her children and grandchildren regarding where she wished her remains to lie. Although a tough topic to hear, there was something beautiful about hearing the passion in her voice when talking about wanting to be spread across the waters of San Francisco Bay. We all wondered why she chose this city that she had been visiting for only 20 years, instead of her home state of Washington, or even New York or Florida. She was adamant about the beauty and tranquility the Bay Area had to offer; therefore, there was no family contest.

Of course, there was a catch!  Right away, it became apparent that our families needed time on our own to grieve. Some more than others. Since our family is spread out across the country and the hectic summer months were upon us, we all chose to wait to a later date for any type of services for my grandmother. It was a hot August day in New York when I received an email from my uncle Blaine, asking if my brother and I would be interested in flying to San Francisco in September for a memorial for my Gram. That’s when all my feelings of grief went right out the window and I quickly realized SHE made this happen. She had always pushed me to be my best self, travel to the greatest areas of the world, taste the best foods, but was always disappointed that I had never traveled to the West coast. Something about a small-town girl from Long Island, the West coast just intimidated me. It was that moment I realized that even after her passing, she was still giving me the gift of an extraordinary life. She chose to be spread there, yes because she loved it, but also because she wanted my brother and I to love it just the same! 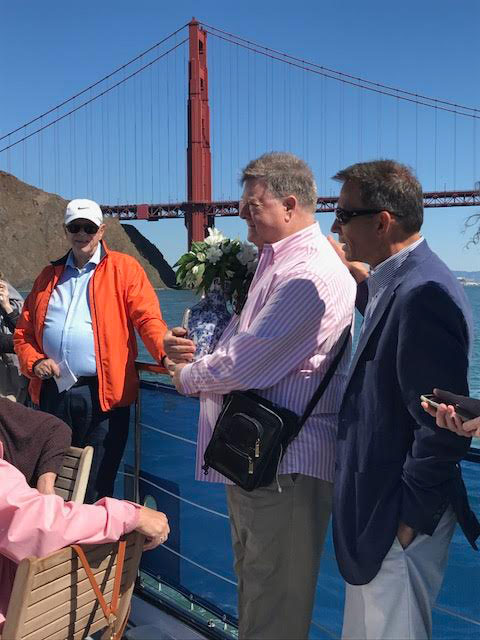 Without hesitation, my brother and I booked plane tickets that very night. It was such a strange feeling, feeling overjoyed to get to take a trip of a lifetime with JUST my brother (which we haven’t done…ever!), but yet sadness because she wasn’t going to be able to share it with us.

It was beautiful Fall weather in San Francisco that weekend. My uncle, who has been a concierge in the city for 20 years at the Palace hotel, had a weekend planned to perfection. He knew all the right places to go, at all the right times. We were spoiled with some of the best lunches and dinners that the city had to offer. We took a VIP tour of Alcatraz at night. We even spent a night in Napa Valley, wine tasting till our teeth were purple! But nothing compared to our memorial ceremony for Gram. My uncle had chartered a boat for the afternoon, and had it catered and decorated with photographs and memorabilia of my Gram. The sun was shining and the seas were calm. The boat set sail with 25 of my family and friends. That’s when the magic happened! While we were sailing through the Bay area of St. Helena, my uncle began to speak some words in regard to my Gram. We sailed right under the Golden Gate Bridge when he asked me over the microphone to spread her ashes for her. I was stunned. I was the youngest grandchild; I didn’t feel I was worthy of such a job. My uncle and the crowd assured me that that was what she wanted. She knew this loss would be hardest on me (I am very emotional!). That feeling of letting her go over the glistening water with my brother right by my side was one of the most powerful moments of my life. 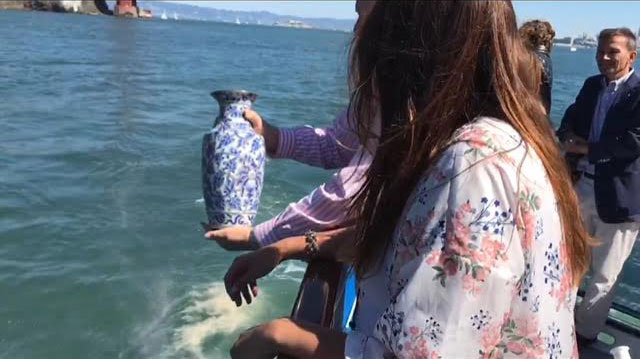 What this loss has shown me most importantly is that grief is normal. And that it might never go away. But what you choose to do with that grief is what will help you through. Although I no longer have my grandmother with me physically to tell me that this specific top isn’t the best color for me, or that a particular boy isn’t good enough for me… I do know she is always with me, in the back of my mind and heart, guiding me through life. I can only hope and pray THAT feeling never goes away. 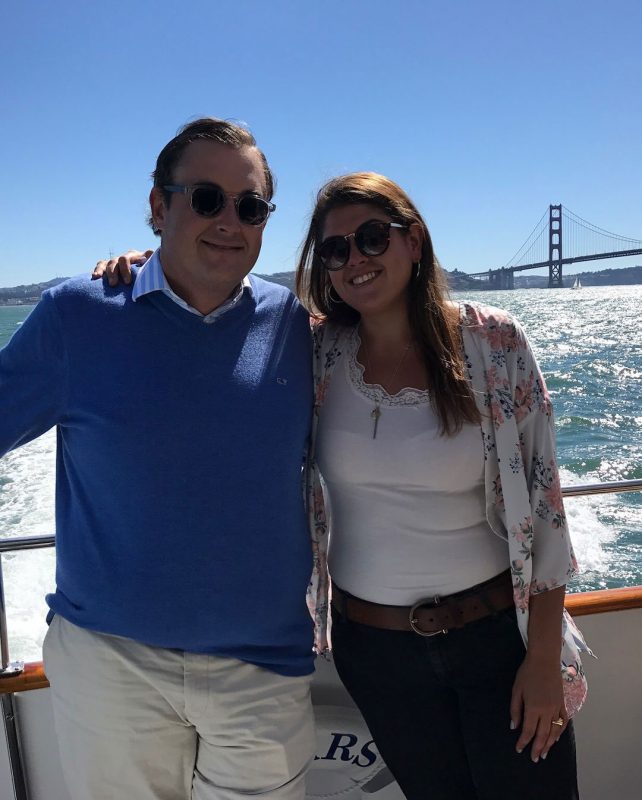 Thank you for listening to my tribute to Ione M. Marston, who passed April 22nd, 2017, beloved mother, friend & GRANDMOTHER!

*Her Golden Gate is an exclusive feature for Grandparentslink.com by Sarina Peddy , who has been working as GPL Executive Assistant since 2012. Sarina lives and works on the Eastern end of Long Island as an elementary teacher, and is working on her masters. 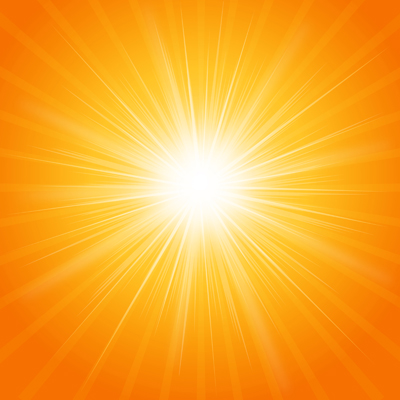 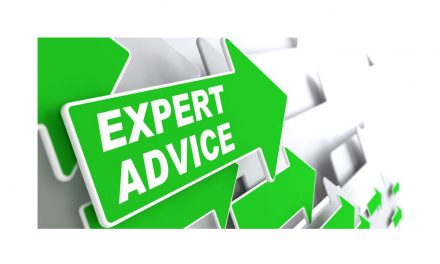 Our #1 Tip for: When Your Children Become Parents 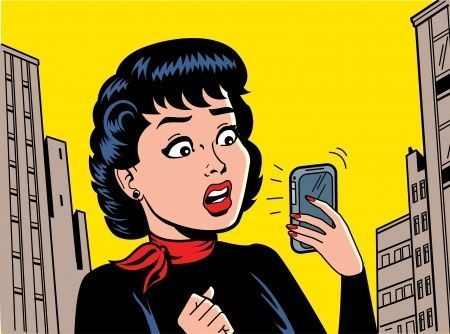