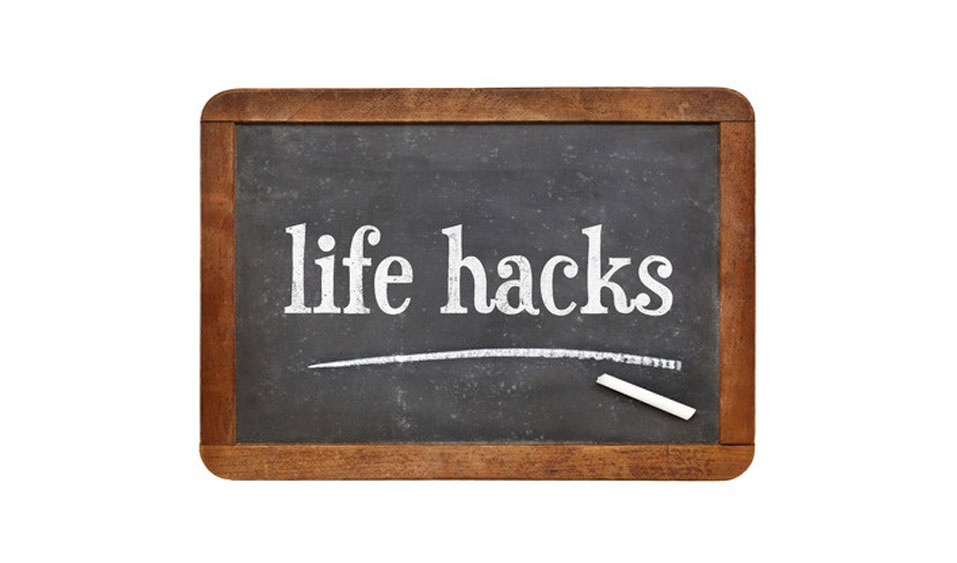 We promise that these 20 family-focused tips will make your world better, more organized, and less expensive.* Who couldn’t use more of that?

Some people consider natural peanut butter tastier and healthier than its counterpart. Unfortunately, when you open the jar, there’s a pool of peanut oil sitting on top that you have to stir back into the peanut cream, which is tricky and messy.

But not if you store the jar upside down! In this case, the oil goes to the bottom of the jar. You’ll be able to stir it much more easily—without any oil mess at all. Or, you may even want to remove the oil. You can do this by placing a paper towel on the lid of the jar before turning it upside down. The paper towel will remove the oil.

Gift cards are quite a racket. Since 2008, an estimated $973 billion worth of them have gone untapped. If you’ve been given a card that you doubt you’ll spend, visit a gift-card exchange like CardCash.com, CardPool.com, GiftCardGranny.com, or GiftCard Rescue.com. These sites will buy your gift card for a percentage of its value.

When you take a bite that’s too spicy, don’t gulp water or soda. In fact, that’s the worst thing you can do. The burning comes from a compound in hot peppers called capsaicin; water just carries it to new places in your mouth. For relief, eat something with fat (whole milk, ice cream, yogurt, or even butter or olive oil); it binds with capsaicin and washes it away.

If your tween is bugging you for a phone, consider an iPod Touch. It’s basically an iPhone without the monthly bill. It allows your kid do everything he/she can do on an iPhone—send texts, watch videos, take pictures, surf the Web— except connect to the cellular network. Instead, it uses Wi-Fi to get online.

Your child will be perfectly happy with this pseudo-cellphone—at least, for a while. Your savings: about $900 a year.

We’ve been tying our shoes wrong—with granny knots!—which is why our kids’ shoes are always coming untied. The solution is simple. You know the first step, where you tuck the right lace under the other and pull tight?

Reverse the laces. Instead of tucking the left end over the right, tuck right over left. When you complete the bow-making business and pull tight, the loops lie horizontally across the shoe—and the knot won’t come undone!

Most theaters offer popcorn in small, medium, and large sizes—but the prices are slanted to favor large. For example, you might pay $6.50 for a small, $7.50 for a medium, and $8 for a large. So on family movie night, instead of ordering three small popcorns, order a large—and then ask, “Could I also have an empty box?” This way, you get the value of the large popcorn, but you can share it without having to keep passing the bucket, risking spills along the way.

When you get a bug bite and there’s no drugstore visit in your immediate future, roll some antiperspirant on it. The zinc works wonders to stop the itch.

When you drive up to a gas station, it’s helpful to know which side of your car the fuel tank is on so you can pull into the pump the right way. You probably know where your car’s gas cap is. But if you’re driving a rental, someone else’s car, or a new car, it’s worth noticing the handy triangle arrow painted on the gas gauge of every single car. It points to the side of the car your fuel tank is on.

Once you expose an apple’s flesh to the air, it begins oxidizing—reacting with oxygen and turning brown. It’s a visual turnoff, especially for discerning consumers under 12. To prevent the browning, keep air away from the cut parts by holding the apple slices together with a rubber band until eating time. (Make sure the rubber band is clean.)

When your soup, chili, or oatmeal is too hot, most people have only one tactic: blowing on each mouthful.

But there’s another technique worth teaching your kids: Take small bites from the edges of the bowl. The food there is always cooler, both because the depth is shallower and because the bowl material itself has cooled down the hot stuff it touches.

You probably open a banana using the stem as a pull tab. Unfortunately that often mushes the first bite, especially if the banana is a little green. You also have to pick away the stringy bits. Instead, open the banana from the other end.

Pinch the black crusty endpoint to split it, then peel. This way, you avoid mushing the tip; you get no stringy parts; and the stem acts as a handle.

A knife is not the best utensil for spreading jelly, butter, or cream cheese onto bread. The back of a spoon is better. First, its larger surface area distributes the pressure, so it’s less likely to tear the bread. Second, when you need to scoop into the container for more jelly—well, it’s a spoon.

Showing your kids how to set the table? The order is easy to remember: It’s alphabetical! Fork, knife, spoon.

Freeze it. Once you’ve frozen the garment (and the gum), the goo pops right off.

How do you get the ketchup out of the bottle? Instead of banging on the bottom, it’s faster and cleaner to use centrifugal force.

Hold the bottle at the bottom. Make sure the top is on securely!! Swing your straight arm in a big circle. Instantly, the ketchup flies to the top of the bottle.

If you go away for the summer, or split your time between different homes during the year, don’t keep paying for cable TV or satellite service while you’re not there. The cable and satellite companies offer vacation-hold plans. Just call to let them know when you’ll be away—and then stop paying while you’re gone!

Most (including Time Warner, Dish, DirecTV, AT&T U-verse, Cox, and Verizon FIOS) let you suspend service for a minimum of a month or two, and charge a small fee for the suspension.

You probably use your cellphone’s camera to take pictures you want to keep. But it’s equally useful for taking temporary pictures, which you’ll consult once, or never, before deleting them. For example, take a picture of the sign over your garage space, to remember where you parked. Or photograph the open fridge before shopping so you won’t have to wonder if you’re out of fruit, veggies, whatever. Also shoot the scratches on a car you’re renting, as evidence; the cable connections behind your TV before unplugging them; your taxi’s license, to be able to recover stuff you leave behind; and your children as you enter the amusement park—if you get separated, you can tell the security people exactly what they were wearing.

Put a microwave-safe bowl half full of water in your microwave; turn it on high for five minutes. Open the door carefully after a few minutes (it’s hot!), and wipe with a paper towel.

That’s how you steam-blast the oven’s walls to loosen up caked-on exploded food, like spaghetti sauce.

You put ice into picnic coolers to keep the drinks cool. But regular ice can’t get any colder than its melting point: 32°F. If you want your drinks to get even colder—or colder faster—lower the ice’s temperature (down to about 15 degrees) by mixing a cup or two of salt with the water before you freeze it into ice cubes. Salt lowers water’s freezing point, so it remains liquid at lower-than normal temperatures. The melting ice will remain super cooled, as will your drinks.

Fill the blender jar halfway with water, squirt in some detergent—and then turn it on. Rinse, and you’re done!

*Article reprinted with some edits from: http://www.parents.com/parenting/better-parenting/advice/best-hacks-for-families/ 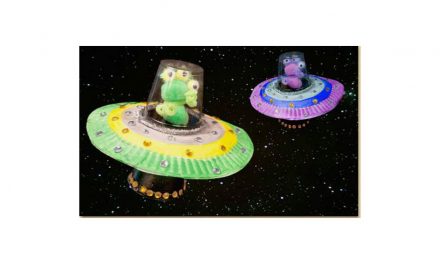 Let’s Be Creative with Our Grandkids 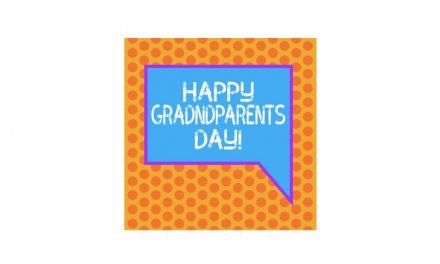 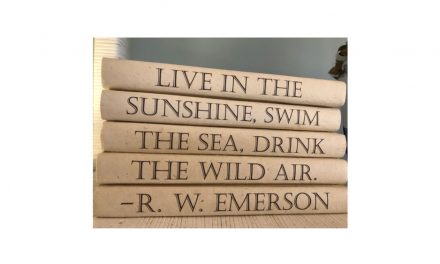 Things to Think About…. 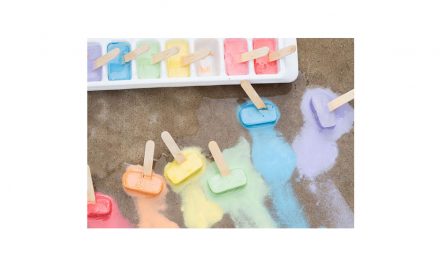 Activities to Keep the Kids Entertained