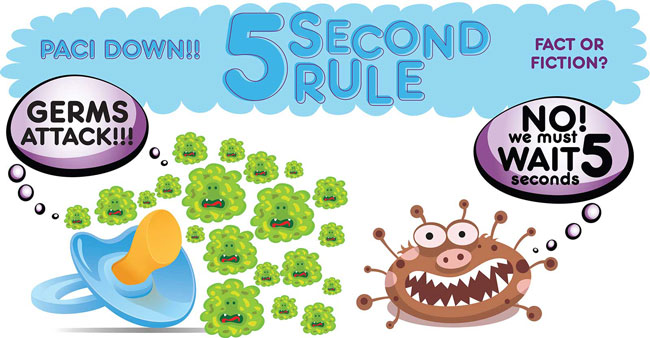 You may think your floors are so clean you can eat off them, but a new study debunking the so-called ‘five-second rule’ would suggest otherwise.* It may be time to re-think all of this!

Professor Donald W. Schaffner, a food microbiologist at Rutgers University in New Jersey, said a two-year study he led concluded that no matter how fast you pick up food that falls on the floor, yes, you WILL pick up bacteria with it. Yuck and double yuck. So much for that lonely crumb. The findings were presented in the 2016 report — “Is the Five-Second Rule Real?” — in the American Society for Microbiology’s journal, Applied and Environmental Microbiology.

And, now just to confuse the matter even more, researchers at Aston University’s School of Life and Health Sciences in England reported that food picked up a few seconds after being dropped is “less likely to contain bacteria than if it is left for longer periods of time,” giving rise to news accounts suggesting that eating the food might be harmless.

Even though the five-second rule is a bit of folklore, it still raises important public health issues that demanded closer scrutiny, Professor Schaffner noted. He cited research by the Centers for Disease Control, which found that surface cross-contamination was the sixth most common contributing factor out of 32 outbreaks of food-borne illnesses, which is stronger than bacteria found on food items that fell on the floor and were picked up quickly.

Hmmm, should we still pick up that M&M that rolls off the table and onto the kitchen floor? That’s the hot debate here. What research did find is that the ‘five -second rule’ is all about a short-lived contact with bacterium on the surface of a floor… thus, it’s only there for 5 seconds!

Shouldn’t people know better than to eat off the floor?

“Research has shown that people think germs belong to other people,” says William K.  Hallman, a professor at the Department of Human Ecology at Rutgers University.  For instance, people generally believe their bathrooms are cleaner than a public restroom. In fact, that is not the case because public restrooms are cleaned more regularly, he noted in a recent interview. People also misunderstand the transmission of germs. “We sort of joke about the five-second rule, but people act as if germs take some period of time to race to the item that fell on the floor,” he said. “People also do not recognize the symptoms of food-borne illnesses and tend to blame them on the last thing they ate, so they do not connect how their earlier actions might have made them sick.”

What’s the bottom line here – what should you do? Be smart and take note of the environment, and when nobody’s looking – well……

*Portions of the article excerpted from: http://www.nytimes.com/2016/09/20/science/five-second-rule.html 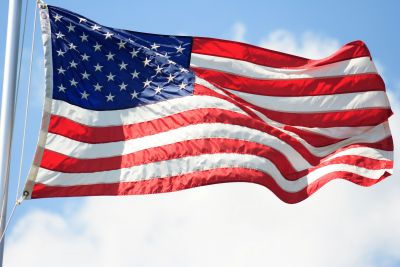 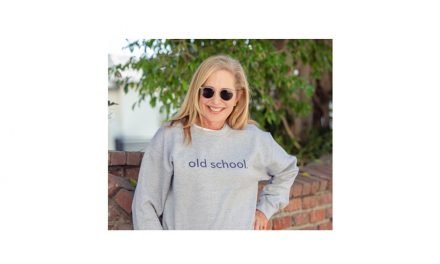 “Pro Age” Holiday Gifts for You and Your Friends 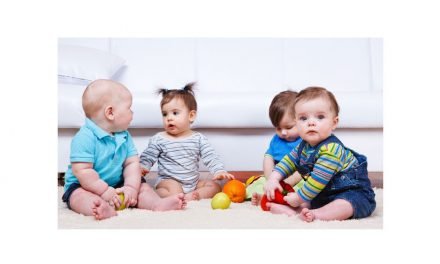 Grandchildren give us a second chance